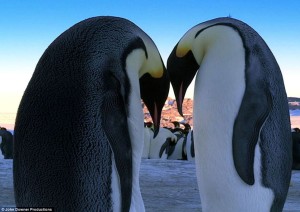 We have surely all seen evidence of this, been on the receiving or performing end, maybe all the above.

Grrls to me are those women who, through insecurity about their bonds or their own tendencies, create or develop a bond with other women by isolating others.  Maybe a third girl.

There is something that makes it more acceptable as a woman to not be assertive to another woman’s face, which is more socially acceptable for a man, instead to talk behind their back.

Usually the third girl is a little different, maybe has done something irritating or not in-keeping with what was expected or accepted, but nothing majorly terrible.

However, rather than confronting her kindly, maybe just letting the friendship there fizzle out naturally, or just letting go and accepting, one girl takes a dislike to another girl for whatever reason, and consequently tries to secure a friendship with (maybe) a mutual friend through poking fun or openly criticizing the third girl.  Every subsequent act by the third girl is seen as evidence to add weight to her label.

A lot of gossiping, unkind thoughts and actions usually follow.  It perpetuates, as the second girl wants to show the first they are a team and so on.

This situation never has a happy ending.  There are inevitably and eventually rows, tears and sometimes even devastating results.

Grrlism is nasty, unenlightened, and messed-up.

I can’t claim to have never been a part of it.  It is born out of insecurity and a desire to feel better than others. It is certainly largely teenage or immature girl behaviour, that peaks around the age of 13-15.  Which is also the peak age of girl insecurities.

I think men have a similar concept (I have been in a board meeting with one partner of a company which involved complaining about the other partner to their lawyer,  behind his back, it was quite petty stuff and more like gossiping than anything functional) although men I know have strongly denied such behaviour exists in male circles, and how would we know any different ?

To quote Space, ‘The female of the species is more deadly than the male’.

In apes I have observed jealousy and vicious fighting among competitive females.

In penguins, I saw a documentary involving quite realistic penguin robots (bear with me here!).  One lonely male penguin took a fancy to one these robots, whilst his lady-penguin was out at sea.  He was penguin-flirting with it, when his real ‘bird’ returned.  The real penguin bird was furious and battered the robot to the ground.  The male penguin just acted as if nothing had happened, and his real ‘bird’ did not seem angry at him, only the robot.

Other female penguins returning from sea, unable to find their penguin-men, tried to push in between this aforementioned penguin couple.  This process was quite brutal and unrelenting.  The single female penguin was quite determined, however the male penguin was not for distracting this time, having just learned his lesson.  There was a short mating season, fertility window or something to do with the weather, so there was no time to mess about.

The point being, it appears, there is a biological or evolutionary reason for this vicious streak in women.  However, we humans are conscious beings, with varying degrees of control over our animalistic tendencies.

We are capable of influencing which of our traits we display, and which we control, some people more than others.

In Yogic terms it would be an issue of which chakra you are being defined or led by, or which chakra is out of balance.

If your lower chakras are influencing your character more than the higher ones, then you will be acting in a less conscious and more animalistic fashion. Which is why mediation and proper spiritual practices can bring about control of these biological urges.

So hope is not lost against such traits.  They may still occur at times, but mediation, spiritual practice will bring awareness of why we may be behaving in certain ways.

Exercising deliberate, conscious awareness as to what effect our actions are having on the world, is bound to bring about change only for the better.