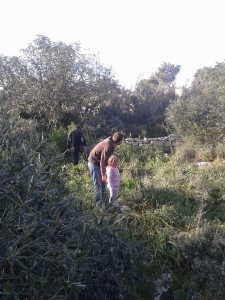 As I sit here drinking some tea, I hear a bird singing.  And I feel sad.

Tomorrow that little guy can (and probably will) be shot at mercilessly, then if he’s not that special, just left by the roadside to die, rather than to be stuffed for about E50 and stuck in a showcase alongside many others like him.

Another historic referendum for the Maltese has sealed the thinnest of majorities of just 2,220 votes to retain a spring hunting season despite an EU ban.

The Times of Malta said that the “Yes” campaign successfully argued that a “No” victory could result in other pastimes, such as fireworks and motorsports, also being banned in referendums.

The paper says that hunting enthusiasts also succeeded in using the “pulling power” of Prime Minister Mr Muscat while simultaneously ensuring that their campaign was “characterised by an absence of images of shotguns and dead birds”.

A second hunting season in autumn was not included in the referendum.

Malta is the only EU country that allows recreational spring hunting.

I couldn’t vote, the police told me that as a foreigner, despite living here since 2008 (7 years) I was ineligible to vote.  However, they can use foreigners tax payments for the campaigning.  I am not getting self-righteous about it, to be honest I have mixed feelings about being allowed to vote in elections here, or in UK, as I feel I don’t really belong in the polling stations of either.  But still, I feel sad.  I use the countryside more than some, and I think I got complacent that it would surely be a no vote.  I was planning long runs at the weekend along routes popular with hunters, now I don’t feel as excited about those routes.

I read that the districts on Malta voted a NO overall, it was the Gozitan vote which swung the result to a YES.

We drove the length of the island on Saturday, hitting all the major towns on the way down (forgetting it was polling day, so sitting in traffic watching the voters for most of it) we saw mainly pro-hunting voters, so felt after that that it would be a YES.

However, on Sunday I spoke to three Maltese friends, one had voted NO, the other two proclaimed themselves anti-hunting. One said he did not feel like voting against hunters.  He said it is their sport and he sees people going hunting in Scotland, Spanish have bull fights etc, so why should only Malta be singled out?  The second friend was far more anti-hunting, she spoke at length about this, but then revealed she didn’t vote as she hadn’t felt like going out.

My point is, it was that kind of referendum, where the people who felt most strongly about it, the hunters, turned out in force.  If it was banned, their way of life would mostly be affected.  But those who it didn’t agree with hunting, but it didn’t directly affect, did not feel so moved to vote.  Therefore, did democracy work? Not in this case as I see it.  Only online or mandatory voting would have solved this.  Also, if the foreigners living here for more than 5 years/ paying tax were allowed a vote, I am pretty certain it would have been a No.

Never mind Malta and the birds. What about the UK and horses? British people pride ourselves on the way we treat animals. Whenever I have lived abroad  (in Indonesia, South America, Greece, Malta, Czech Republic) I notice British people speak about animals differently to foreigners, yet we justify betting on the Grand National and brag about our winnings?  I used to ask my Dad to put money on it for me when I was little, my mum said it was cruel.

Animal Aid campaigned at this year’s race with the banner ‘Horse racing: you bet, they die’, this is correct and the Grand National is extreme in what it pushes young horses to do.

As for people watching the race at Aintree, from what I know, it is largely an excuse to get blind drunk.  I worked as catering once at a race track, when a co-worker more than doubled his pay in dropped money found near betting booths: ‘I have a 2 minute long video of my mate Terry drunk walking home from the races on Thursday, during which he staggers and accidentally bumps into an old man. The man falls and I’m filming the whole situation trying not to laugh.’

I know all the arguments for the Grand National, I don’t agree with a single one.  We can argue why eating animals, betting on them or shooting them for sport is acceptable, but they are all excuses to justify why our needs are greater than their right to live. We exploit their habitats so that we can have cheaper disposable commodities, housing and access roads, but this does this exploitation make us any better off or happier as a species?

When it comes down to that basic fact, we must take a moment to think about it.

Should our right to entertain ourselves, or even feed ourselves, necessarily depend on taking the life of another being?  Are we better or more righteous than other beings?  Especially when a lot of us are depressed, stressed or obese, does that happy and free, animal’s life mean less than ours?

I am far from a purist (or perfect) in this respect, I think it is a balance (with mosquitoes, for example, I see it as them against me. However I don’t hunt for them, unless they are in my bedroom at night) but it is something I often think about, how far this balance should be in our favour.  We don’t need to unnecessarily exploit animals for our purposes, as I see it. Unnecessarily being the key word, which can be deeply explored as to what constitutes that for us, and then testing the validity of our reasoning.

Today is a sad day for animal rights.

The only good thing that may have come out of this is that hopefully some people will reassess their eating habits. During this campaign we’ve heard a lot of comments from the NO camp about it not being justifiable to kill animals for pleasure, so this is Vegan Malta’s reply; Yes it is not justifiable to kill for pleasure, that just makes you a sadist, but is eating animals not also a practice of killing animals for self gratification? We’ve been vegan for quite a few years here and we’ve had no health problems what so ever, so the ‘I need meat to live healthy’ theory is but an excuse to feel better with discriminate slaughter. We call it discriminate because that is what most people are for, choosing who should live and who should die. Please, let this be an opportunity to be kind to all animals not just quails and turtle dove.

3 thoughts on “A sad weekend to be a human”